IN CASE OF SUDDEN FREE FALL
click here to get to Jacar order pg - then click 2017 and scroll down to Free Fall
LET ME OPEN YOU A SWAN
LANDSCAPE WITH SILOS
THE WITCH OF LEPER COVE
E-mail Me
what are you working on?

IN CASE OF SUDDEN FREE FALL
Chosen by Helene Cordona for the 2017 Jacar Press Poetry Book Award, "Free Fall" contains a suite of poems chosen by Jericho Brown for the 2016 New Letters Poetry Prize.
LET ME OPEN YOU A SWAN
"What we have in Deborah Bogen's Let Me Open You a Swan is sublime poetry, the rare gift of a terrifying look into the shaping of a warrior poet and her work. "
Michelle Mitchell-Foust
"In Bogen, suffering cannot be transcended, and yet, while tribulation is fiercely present, it brings to the world an ironic and stubborn luster, a glint, a scintilla of light. "Let Me Open You a Swan" is a vibrant and wholly original work." Lynn Emanuel
Landscape With Silos
Landscape With Silos was a National Poetry Series Finalist and Winner of the 2005 XJ Kennedy Poetry Prize

Judge Edward Hirsch commented that the book "provides a profound answer to the poet's own call for 'someting sinister, something/ fragile, something Bessie Smith/ could sing.'"

Tags: AWP 2014
Once again I am not at the AWP - a convention (let's be frank) in Seattle where tens of thousands of writers have occupied the downtown hotels, the sidewalks and of course the watering holes. During the next few days there will be some dandy readings, some moving memorials ( I too miss you Kurt Smith) and lots of reunions with writer-pals from far-away places.

For those who are psychologically better equipped than I am to handle mega-crowds there will no doubt be truly great things to hear and even see (watch out for Stanley Plumly's hair if he's still coming...it's a glorious sight.) For newer younger writers there will be the thrill of just being there. Being there for real. A real writer. With the other real writers and the editors of major magazines who may, if you happen to show up at the right time, actually take a shine to you and ask you to send them some work (thank you kind David Hamilton.)

There will also be tons of money spent on hotels and food and drink and taxis. There will surely be the strong stink of neurosis when you find yourself packed into an elevator with 35 other writerly hopefuls and 5 tired-of-it senior types who had to come to this thing for one PR reason or another. That smell can stay with you awhile, but you have to balance it against a stellar reading by someone like Anne Carson who can conduct a thousand poets in two parts - perfectly - whenever she likes.

So - the AWP is a mixed bag and my last trip was when "Let Me Open You a Swan" came out. Dana Curtis, editor at Elixir Press, had published it and she was paying for a table in the book room. Michelle Mitchell-Foust, the fine poet who had chosen the MS was coming too. I felt I should go because a better, kinder and more aesthetically smart editor than Dana is hard to find and both she and Michelle are terrific poets. Not being an academic I bought my own ticket and signed on for a hotel bill that blew my budget. But it must have been worth it - right?

What is it about those convention hotels that drains the joy from even a happy occasion? Is it the scale of the rooms or the tawdry carpets and drapes and moveable walls that are supposed to communicate elegance but bow painfully to functionality. And then there's the constant buzz of the worker bees managing the event who make you realize the AWP is not a collection of writers and educators, but a business - a very big business - that has a business-like preoccupation with overhead and the countless rules that are generated in any bureaucratic institution. It's an environment that I find difficult - I mean physically it's a place you want to get away from. But where to go?

Well, after the fun of hellos and the sight of my very own book on Elixir's table and the somewhat daunting sight of thousands and thousands of other books ( I mean, how many of us had spent years closeted in small spaces producing this art?) and the overwhelming opportunity (dare I say mandate?) to swell my suitcase with a significant number of these other books, I started to roam the halls, waving, passing people I might know, seeing friends from my own town and seeing the famous who I'd met at writers' conferences who were kind enough to appear to know me and who had places to be and things to do. There were lots of "pedagogical" sessions - but I don't teach and many of the ones I had attended in the past seemed like vehicles to convince university administrators to pay for a plane ticket.

So in a cowardly fashion I found the least crowded elevator and hustled on back to my very expensive room (that did have a nifty view of the Flat Irons) and called home to tell Jim - well, to make it sound like I was having more fun than I was having.

I hope all of you there now are having fun. The reunions can be sweet and some readings are meteoric. But the best thing I did in Denver was to take my uke over to the sort of walking mall not too far from hotel district so I could sit on a corner and sing. People came by and gave me puzzled looks but some folks listened to a tune and two fellows tapped their feet. Best was the little girl who sang along although she did not really have the words. She sang with me in Denver and made me glad. 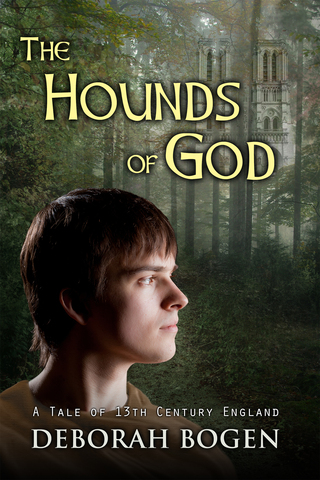 Click link above to go to Amazon's The Hounds of God page
Religion Molding Mind in the High Middle Ages
Here's some info about education in the1200 -1400's - it provided social mobility if you were willing to be tonsured. 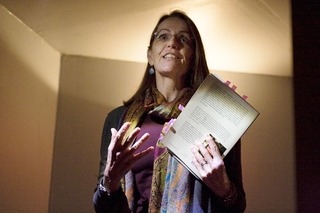 You can't tell here, but this is an ancient Paris cellar where they now hold readings. 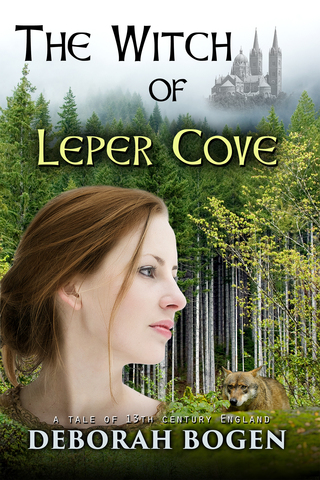