IN CASE OF SUDDEN FREE FALL
click here to get to Jacar order pg - then click 2017 and scroll down to Free Fall
LET ME OPEN YOU A SWAN
LANDSCAPE WITH SILOS
THE WITCH OF LEPER COVE
E-mail Me
what are you working on?

IN CASE OF SUDDEN FREE FALL
Chosen by Helene Cordona for the 2017 Jacar Press Poetry Book Award, "Free Fall" contains a suite of poems chosen by Jericho Brown for the 2016 New Letters Poetry Prize.
LET ME OPEN YOU A SWAN
"What we have in Deborah Bogen's Let Me Open You a Swan is sublime poetry, the rare gift of a terrifying look into the shaping of a warrior poet and her work. "
Michelle Mitchell-Foust
"In Bogen, suffering cannot be transcended, and yet, while tribulation is fiercely present, it brings to the world an ironic and stubborn luster, a glint, a scintilla of light. "Let Me Open You a Swan" is a vibrant and wholly original work." Lynn Emanuel
Landscape With Silos
Landscape With Silos was a National Poetry Series Finalist and Winner of the 2005 XJ Kennedy Poetry Prize

Judge Edward Hirsch commented that the book "provides a profound answer to the poet's own call for 'someting sinister, something/ fragile, something Bessie Smith/ could sing.'"

"Bogen’s poems have a kind of unpretentious authority, sometimes ruefully realistic, sometimes quietly mysterious; the whole of Landscape with Silos goes to make something stronger and greater than its parts." ---Jean Valentine

"Here are poems of a lively intelligence, agile, wounded, and wise... quite simply a marvelous book." ---Betty Adcock

"Deb Bogen writes poetry that is naked and necessary, unadorned and political, intelligent and generous. The book brims with intelligence. And reality." ---Carol Frost

I’m not interested in the shaggy horse
(or is it a pony?) although it’s white.
It’s usually dirty, comes into my mind with steam
rising from thick fur.

I close the gate, improvise some
dark green and black, an undifferentiated
thickness above which I put a moon
for accent.    Go ‘way horse.    Shoo.

like the day the bird flew through the window,
the day I spoke in tongues,
white fire
white iron
heat.
But heat brings back the horse, loaded

with things to trade, short, stocky,
not at all tired. So, this is an old landscape,
one I’ve hidden from myself
because it’s stupid.

Dumb.
Doesn’t speak, it insinuates a journey
and embarrassed I try to erase
the suddenly obvious owl before it drops a feather,

before a single symbolically meaningful feather
falls. But it’s dangerous to imagine
owls, hard to blot them out,
even with chemicals,

scissors may fail, may leave another moon.
The horse lowers its head, eats.
Heat swells from the body and from
the bales of hay laid out

like giant erasers. Like desks
in a dark classroom. Still if I took drugs
this is where I’d go. I can’t
banish the stupid white horse

but I can move the moon, divide it,
put it back together.
I can draw any face on it
I like. And the owl leaves the low tree

to sit at my feet (owl on the ground,
never meant to see that!)
More things catch moonlight, come
into being, distant silos,

small acorn crowns, each post moon-washed
and one-sided. It’s warm enough here
to do without fire, but
that’s it. No story. No arcane

wisdom or poignantly revealed momentous
event. I just like this quiet.
And the owl who opens his one
good eye. The horse

keeps his head in the hay making heat.
I prefer moonlight,
I like the green to be almost black.
I like a lot of space

with nothing going on.
A few white words
and the rim of the milk pail polished
and fine in my dark.

One nail sticking up in a pile of boards,
air bladders from fish brought home for supper,
sugar in green glass bowls,
glittering rattlesnakes.

We drank water from old pipes,
picnicked under windbreaks, peach pits
and egg shells, and in the glove box
roadmaps to the river, to the reservation,

to Fargo and Minot. But no maps
to the silos where men tended missiles so big
we didn’t even dream about them.
They didn’t scare us, those missiles,

not the men either who rose like bankers,
sat calmly at the counter, starched and pressed.
Keys jingled on their belts.
They ordered rootbeer and blackbottom pie. 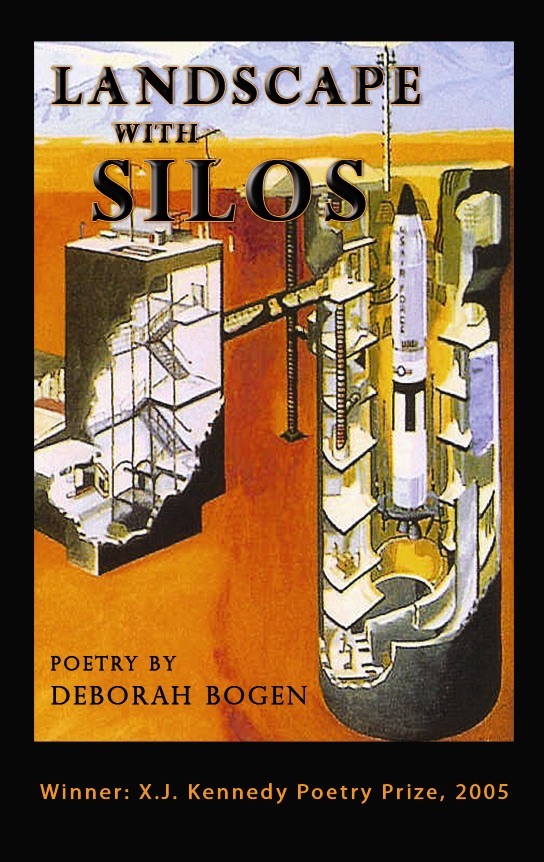